skip to main | skip to sidebar

The Love Lettering Project on the move! 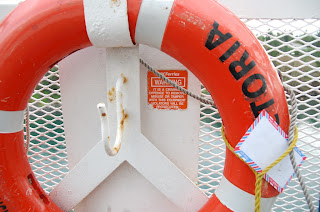 For more about The Love Lettering Project in all of it's seven (!) incarnations, please visit Lindsay Zier-Vogel's website...here! (And more and more here!)

Toronto Life magazine featured The Love Lettering Project VII as one of the Top 50 reasons to love Toronto.

The project was also featured on CBC Television’s The National, Breakfast Television, The Toronto Star, CBC Radio's World Report and Metro Morning, The GridTO, Metro Toronto, Taddle Creek magazine, I Like You podcast, 416 Cycle Style, The I Love You blog and 1LOVETO. (More press here)...

Three cheers for love!
Posted by Lindsay at Tuesday, April 19, 2011 No comments: Chip trucks always had a mythological quality in my family – the savoury cousin of the ice cream truck. My uncle used to talk about one from his childhood and I before I had even seen one myself, I could picture it exactly. In fact, I still can.

There’s something fabulous about eating outside, on the side of the road and there’s also something exciting about eating from a vehicle. I’m not a street meat fan, but ice cream trucks? Awesome. Or a Creamsicle carted around by a teenage boy on a bike? Delish, though I could do without the bells and that horrible tinny ice cream truck song.

As a city-girl, chip trucks were also imbued with the mysterious quality of being out on concession roads and small highways en route to lakes and cottages and towns with just one main street. It always seemed like a small miracle when Mom or Dad or Papa would pull over and a small white-turned-rusty truck would just be perched there on the side of the road.

I found ‘my’ chip truck maybe ten years ago somewhere between Toronto and Trenton , though I can’t for the life of me remember where I’d been going or why I was out that way. It was a super sunny day though and I had cranked the tunes. I still can’t remember why I had been driving my mom’s car alone up there…but do seem to remember the Tragically Hip a-blaring…

I even debated stopping once I saw that first sign, a hand painted arrow on the side of the highway. I wasn’t hungry had been my first thought, but I followed signs further and further away from the highway, terrified I wouldn’t be able to find my way back.

There weren’t any trees, or any grass, just a gravel parking lot and this chip truck with its small saggy awning. The man who served the fries was wearing a grumpy striped shirt and a visor that was grey around the brim. A woman that might have been his wife sat next to the truck on a Tupperware bin marked ‘potatoes,’ not doing or saying anything.

The chips took a while. They’re fresh, the grumpy chip man promised, handing me a pile of napkins and pointing to he ketchup pump. I carried my cardboard basket over to a picnic table and sat on top of the peeling green paint, with the initials of strangers carved into the top. I felt awkward sitting in this silent triangle between the grumpy visored man and his silent wife, but the chips were perfect – so, so hot, so salty and crispy, they didn’t even get soggy under the weight of the ketchup blanket.

In Calgary , with love letters in my pocket and jet lag ready to take over, I found this chip truck and like one of Pavlov’s dogs, my mouth started watering – salt, vinegar and ketchup sweet. Yum! But it didn’t look like this truck was going to be churning out chips anytime soon. There were broken windows and the signs sun-bleached and faded. It was still early March though and I hope it was just out of commission for the winter…fingers crossed…

Love to Cow-town chip-trucks. May your chips be crispy and your ketchup plentiful… 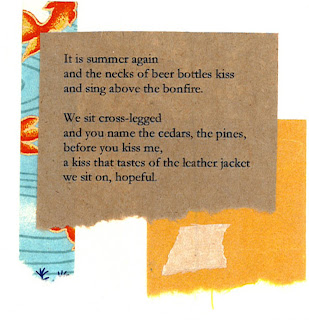 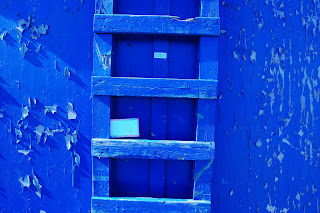 I may have mentioned that I love Hali. Love love love. Granted, it’s always been sunny every time I go, and word has it it does actually rain every now and then, but I think of that place and positively beam. 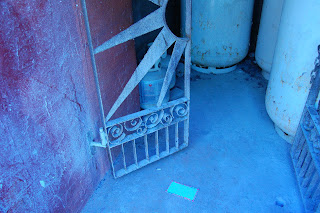 My first early morning love lettering stop was right between The Economy Shoeshop and the Seahorse Tavern, where a friend and I once had an epic Alice-falling-down-the-rabbit-hole evening that featured a bar full to the brim with Lithuanian hockey fans, a Jack Black look alike with a cowboy hat, and drinks that may or may not have been called “The Lobster Trap” and “Tall Ship.” Who doesn’t love long rabbit hole nights on the East Coast… 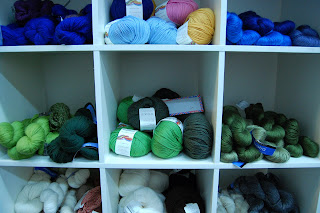 My next stop was to a yarn store I stumbled across the night before. I had just completed my first attempt at reading patterns with a few pairs of socks and was ready to tackle mitts. The Loop Café was even better inside that it had been peering through the window, chock full o’ huge shelves of local yarn. They even have a café upstairs – how perfect!! Tea and knitting all in one!

For me, yarn is like ribbon, or buttons or big bolts of fabric – as delightful as it is on its own, it’s always better in huge piles of different colours. And so, a love letter for the next person who dreams in ssk’s and k2tog’s…

A musician friend who has often travelled to the East Coast said I just *had* to get to the Farmer’s Market on Saturday morning. I was working a crazy long day, but it turned out that the market was right next to my hotel, so I managed to sneak over to ogle the buckets of flowers and admire the crepes and munch on delectable gluten free macaroons. It was too rammed and busy to covertly drop off a love letter, so I saved them for the walk along the pier. 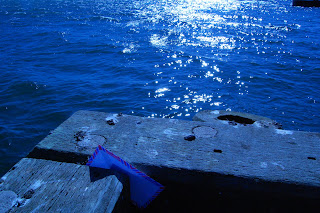 And ooh, the pier! The wind was so strong, I think the Atlantic might have been the recipient of some love lettering bits. I am just smitten with peeling wood anything and as soon as you add sunshine on water, I’m a goner. 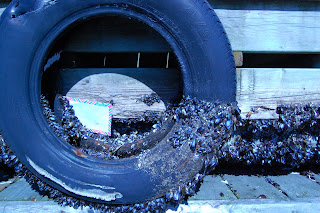 A wee love letter to that fabulous place:

It is a city of hills,

and bridges that stretch 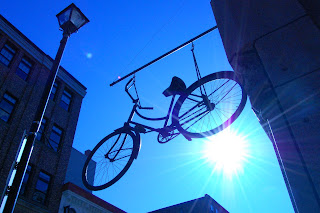 I love Halifax. I’ve only been there twice and both times were for work, but there is something positively magical about that place. I was lucky enough to have a co-conspirator in Halifax -- co-cupid-ninja, the wonderful poet and inspirer, Ben.

I had told Ben when I got into town I wanted ocean and ocean is what I got. The Atlantic was inky, and the wind was vicious, and my hands were frozen before I could even pull the love letters out of my bag.

It took the most delish mussels and sesame crusted haddock and a glass of delightful Nova Scotian red before I was fortified enough to trek up the hill to the Citadel.

The shadows were awesome and though it was too dark to capture them camera-wise, we left a love letter for the person at the Citadel info booth.

Ben took me up and down the steep hills (And I must say, as a Toronto-girl, I’m not used to hills!) and we found a lil Wu-Tang love behind the public library – time to bring the ruckus! 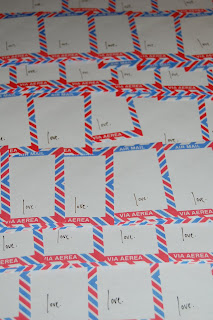 I love surprises. And a letter tucked into an envelope is one of the very best surprises I can think of...

There’s something so magical about the moment right before tearing open an envelope. You know that someone’s been thinking about you. You KNOW there’s goodness in store. Though I’m always careful not to tear wrapping paper (because that’s some prime crafting material, right there), I always find it hard not to tear an envelope open.

And the opening part doesn’t stop there as you still have to open up the folded pages. (Man, just thinking about it makes me want to check the mailbox!)

And then of course, the letter. Sigh. The date in the corner that reminds you that two days earlier, three weeks earlier, someone was thinking ‘bout you, how it is addressed to the nickname only that someone calls you, how their es curl just so.

a love letter to an old book (penguin edition) 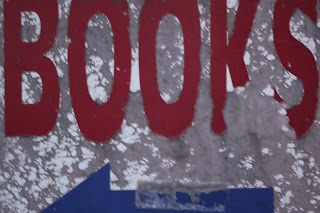 From the room next door,

(The small mark on your spine,

curved near the top,  a thumbprint,

Lindsay
I love swimming and finding swimming holes, and when I'm not in the water, I'm writing love letters to cities with The Love Lettering Project and working on a novel.